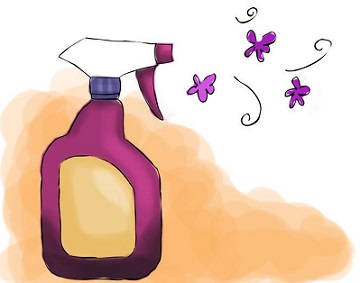 I feel like I need to have available at arm’s length a spray bottle of air freshener to get rid of the fowl “odor” of SMUT when reading a book.

What is SMUT? Well… I suppose if you asked ten different people to define the word, you’d get ten different definitions. But, the truth is… no one needs to define it in words, because we all can identify it when it rears its ugly head. Filthy language, vulgar insinuations, and outright brazen sexual content.

I don’t want that in my life. Not because I’m so pure and innocent. I am simply a sinner who has been redeemed by Christ’s blood sacrifice to pay my sin penalty. And, I am so in awe of Jesus, that I don’t want to defile my eyes, ears, and mind with things that He so hates. And that He sacrificed Himself for to redeem us from.

But, I need to confess that just recently as I was writing a portion of my recent novel, From Grace Abounds Grace, I was awakened in the night with the distinct impression that something I had written the day before was just “straddling the fence.” I had written something that was so borderline tacky, and I had done it without even thinking. It just happened. And, I’d done it so cleverly that I am convinced that my readers would know EXACTLY what I was trying to say, and it would drum up a very DISTINCT mental picture within their minds.

Oh, Lord… forgive me! That’s not who I want to be!

So, the next morning, after a very restless night, and asking the Lord to guide me as I re-wrote that portion, I did some pretty major surgery on that section.

It would make, I suppose, a much better story to tell if I said that my re-write of that section was so far superior, funnier, more clever, and well, I’ll just say it, GENIUS STORY-TELLING! In truth, it wasn’t. It was simply a more honest, and God-honoring way to tell that portion.

However, I am so grateful, first, that the Lord forgave me, and that I know He is pleased with my change of direction on that written portion.

And, after all, that is what I seek in my novels more than any- and all else! God’s approval!