My Novels ~ All in a Name Series

Joy Fullerton was just an eleven year-old kid. That’s all. Granted, her nose was too long, her face was too narrow, and her extremely tall body was almost stick-thin. And, if that weren’t enough to doom her to merciless teasing by the kids on the school bus, she was painfully, painfully shy.

On his first day at her school, Grant Cooper demanded to know what Joy’s name was. Afraid not to answer, she got as far as “Joy Ful…” when he jumped in with a loud taunt. “Joyful, joyful, she’s got a nose-ful. She don’t look to me so joyful!” Day in and day out, she heard this from Grant, and all the other kids on board who took up the taunt, morning and afternoon.

Now, over twenty years later, and a lot of life gone past, Grant shows up at her medical practice. He doesn’t recognize Dr. Joy Fullerton at all, but before entering the exam room, she reads on the chart that the patient’s name is Grant Cooper. She’d never forgotten that name. When she opens the exam room door… sure enough, it’s him.

She’d never forgiven him. So… what happens now?! 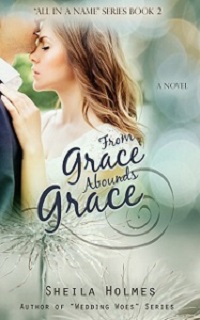 Wedding disasters come in all types. There are dropped wedding cakes, musicians that never show up, stolen bridal gifts, and bridal gowns or tuxes that are accidentally dropped in mud puddles.

A shame! Just a shame!

But… what if the bridegroom is killed in a car crash as he and his bride leave the reception for the honeymoon they’ve been waiting for so long?

What does a widow do now? Has she just lost her only chance at a “happily ever after?” Can she ever… EVER forgive the man responsible?! 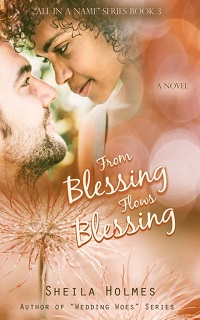 The story line has been “designed” in my mind, but has not been “penned” thus far.

Keep coming back for the story premise and other little tidbits to tantalize your inquisitiveness.

I’m hoping you’re really going to love this one!