Got your answer? Cool. Well, for the first time in my life that I can ever remember, I truly believe it’s… drum roll… wait for it… REAL!!!! (I wish there were other ways I could emphasize this word, but I can’t think what they’d be. See??? I even have writer’s block when writing about “writer’s block!”) 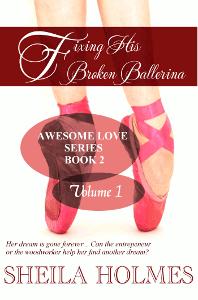 When I first conceptualized the current novel I’m writing —>

my fingers were almost flying over the keyboard. Fortunately I’m a fast typist, so I could keep up with my thoughts. Then, something happened. I did a dangerous thing!

I came up with TWO, yes TWO ways I could take the characters through one particular scene, and that’s where the problem began. The scene itself wasn’t that big of a deal to the story, but each one would result in either a hugely different story resolution… or, they would each require their own gigantic “detour?” before reaching the resolution. (However, I couldn’t then remember how I was going to write the “normal” scene, so there was no going back.)

If that weren’t bad enough, the preferred scene (the one that I just drool over being able to write) I can’t use now because when I looked back two chapters earlier, I made something happen that makes it impossible to now use this one. So, that left me with the lesser of the two scene choices.

But, hold on… there’s more.

When I realized that I had to use the “lesser” choice of scene, I caught myself just before proceeding, realizing that if I go that route, I’ll have to go back and both change the name and profession of one of the “love interests.” (Can you imagine having to go back through the whole novel this far just to make a name change on ONE character each time he is being written about???)

Consequently, I am, as they say… “dead in the water” until I can get my act together and make a substantial decision on how I want things to go.

Today’s choice is to either pull my hair out while screaming into a pillow, or go take a nap.